Pink Eye and Other Eye Infections

What is an eye infection?

Eye infections are caused by a virus or bacteria in the environment that attacks the eye. The most common of these infections is conjunctivitis, commonly known as pink eye. An eye infection can happen in almost any part of the eye, such as the eyelid (blepharitis), the vitreous (vitritis), the optic nerve (neuroretinitis) and the cornea (keratitis).

Schedule an Appointment with a CEENTA eye doctor

Conjunctivitis is the term used by doctors to describe inflammation of the conjunctiva. In ordinary terms, it is simply the most common cause of red or "pink" eye.

The white of the eye (sclera) is covered by a thin, filmy membrane called the conjunctiva, which produces mucous to coat and lubricate the surface of the eye. It normally has fine blood vessels within it, which can be seen on close inspection. When the conjunctiva becomes irritated or inflamed, the blood vessels that supply it enlarge and become much more prominent, and the eye turns red.

Many different source of eye irritation can cause conjunctivitis.

Infectious causes include bacteria and viruses. Bacterial infections, such as staphylococcus, or streptococcus, cause a red eye which is associated with considerable amounts of pus. If the amount of discharge from the eye is great, an acute infection is likely, and prompt consultation with an ophthalmologist is advisable. 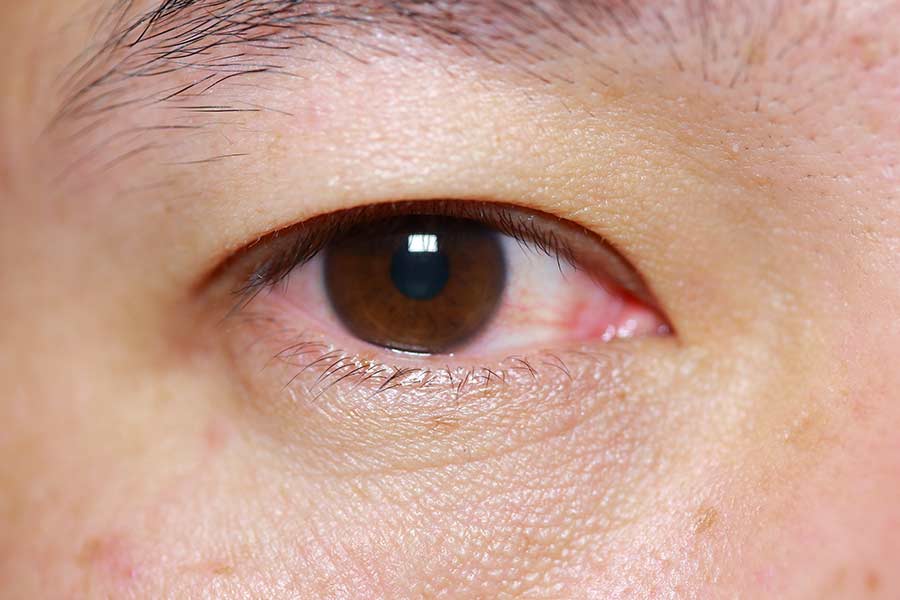 On the other hand, some bacterial infections are more chronic and may produce little or no discharge except for some mild crusting of the eyelashes in the morning.

Viruses are also common causes of this condition. Some viruses produce the familiar red eyes, sore throat, and runny nose of a common cold. Others may infect only one eye. Viral pink eye usually produces a watery discharge and lasts from one to two weeks.

Allergies tend to cause a type of conjunctivitis that produces a discharge. Some kinds of allergies, like hay fever, make the eyes very itchy, while others may merely produce a chronic redness. Finally, environmental irritants such as smoke or fumes may be a cause. Any type of pink eye is aggravated by dryness of the eyes.

There are several eye diseases that also produce a red eye and which can lead to blindness unless recognized and treated. It is important to avoid confusing them with conjunctivitis, so a medical evaluation of a red eye by an ophthalmologist is always a good idea. This is especially important if pain, blurred vision, or severe light sensitivity are present, since these symptoms are not typically found in simple conjunctivitis. Pain, blurred vision, or severe light sensitivity may signal the presence of glaucoma, an ulcer of the eye, or an inflammation of the inside of the eye.

Eye disease can occur at any age. Many eye diseases do not cause symptoms until the disease has done damage. Since most blindness is preventable if diagnosed and treated early, regular medical examinations by an eye doctor are very important.


What are the symptoms of pink eye?

Because the conjunctiva is a simple tissue it responds to all these stimuli in one way: it turns red. Other symptoms include:

Pink eye treatment depends on the cause of the condition. Viral pink eye would need to run it's course. Bacterial pink eye can be treated with antibiotics. If it is related to allergies, treatment of the allergy should help the eye. Because viral and bacterial conjunctivitis are very contagious, it is important to keep clean and do everything possible to prevent it from spreading.

Blepharitis, or chronic inflammation of the eyelids, is a very common eye infection. Symptoms typically include irritation, itchiness, and occasionally redness. Blepharitis can begin in early childhood, producing "granulated eyelids," or it may develop in later adulthood. Blepharitis is not contagious; however, it can be chronic. Blepharitis may appear in several forms, such as seborrheic or ulcerative. Both types of blepharitis occur in individuals of all ages, particularly those with abnormally oily skin of the scalp and face or seborrhea, or in acne rosacea - a skin condition.

Seborrheic blepharitis is a dandruff-like scaling of the skin on the lid margins that results in soreness, redness, and crustiness. It is most often associated with dandruff of the scalp and overactivity of the skin oil glands.

Ulcerative blepharitis is usually a more severe condition caused by bacteria. Skin bacteria resides on the surface of everyone's skin, but in certain individuals they thrive on the eyelids at the base of the eyelashes, causing blepharitis. This blepharitis is characterized by matted, hard crusts about the eyelashes, which upon removal leave small ulcers that may bleed or ooze. The white part of the eye may turn red. In severe cases, the cornea (the clear front window of the eye) may become inflamed.

In both types of blepharitis there may be a loss of eyelashes (madrosis), whitening of lashes (polisis), and distortion of the margins of the eyelids, which can cause chronic tearing. Dry eye syndrome often accompanies blepharitis and both conditions will require treatment.

While blepharitis is uncomfortable and often chronic, it is treatable. Strict lid hygiene performed nightly is necessary as described in the following steps.

Blepharitis is a chronic problem that can usually be controlled with lid hygiene. In more severe cases and/or in the acute phases, various topical antibiotics, ointments/drops, and even cortisone preparations may be necessary to alleviate the condition. While cortisone can hasten relief of symptoms, long-term use can cause side effects. Rarely, some people may develop glaucoma, cataracts, or viral infections from cortisone, so limit the use of steroid drops or ointments according to your doctor's instruction.

Avoid rubbing your eyes or exposing them to irritants like chemical fumes, cigarette smoke, and smog. Avoid harsh cleaners and colored tissues, which can further aggravate the sensitive lid area.

Remember, if your eyes are red, sore, or scaly, you may have blepharitis. If your eyes burn or feel scratchy you may have associated dry eyes and require frequent artificial tears.

If you have experienced any of the symptoms of blepharitis, we recommend you have a thorough eye examination.

Schedule an Appointment with a CEENTA eye doctor

Pink Eye & Eye InfectionsConjunctivitis (Pink Eye) is the term used by doctors to describe inflammation of the conjunctiva.
This website is optimized for more recent web browsers. Please consider these upgrade options: IE10+(