Request an Appointment to Discuss the LATERA Procedure

What is nasal airway obstruction?

Nasal breathing delivers approximately 70 percent of air to the lungs. More than 20 million Americans are believed to suffer from nasal airway obstruction, which limits airflow through the nose. Symptoms may include difficulty breathing while exercising or resting, trouble sleeping, and reduced daytime productivity.

Nasal airway obstruction is a narrowing or blocking of the nasal passages. Blockages in three areas are common:

What does the LATERA implant treat, and how does it work?

The implant is designed to treat a collapse of the lateral/side wall. It is placed inside the nose and supports the nasal wall, allowing air to pass through the nose and make nasal breathing easier. 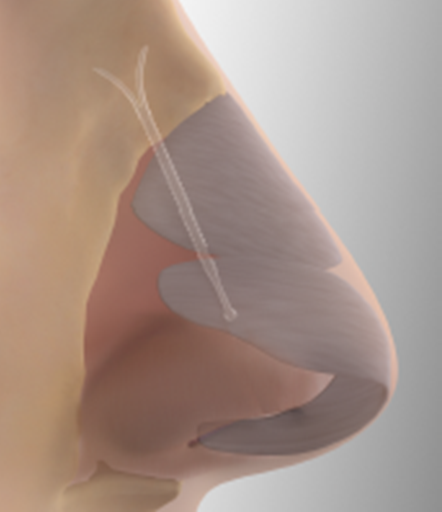 The doctor will make a small, puncture-like incision and will slide the implant in using a needle-based delivery system. The whole procedure takes a few minutes. LATERA is much less invasive and traumatic than prior treatments.

Before LATERA, nasal valve collapse correction involved harvesting donor cartilage from another location, like the ear or nose, and surgically implanting it in the lateral wall of the nose.

When the LATERA procedure is done with no other treatments, there is minimal swelling and discomfort. Patients should be able to immediately return to their normal routine with clear nasal breathing.

CEENTA physicians offer the LATERA procedure in its North and South Carolina locations.

Request an Appointment to Discuss the LATERA Procedure