What is pediatric airway obstruction?

When your child’s airway is narrowed due to obstructed airflow, they might breathe noisily. This is called stridor. Stridor is not a condition itself, but is a symptom of one of several airway disorders. The four most common causes of stridor are listed below. While there are other causes, these cover the vast majority of cases in which stridor is a symptom. 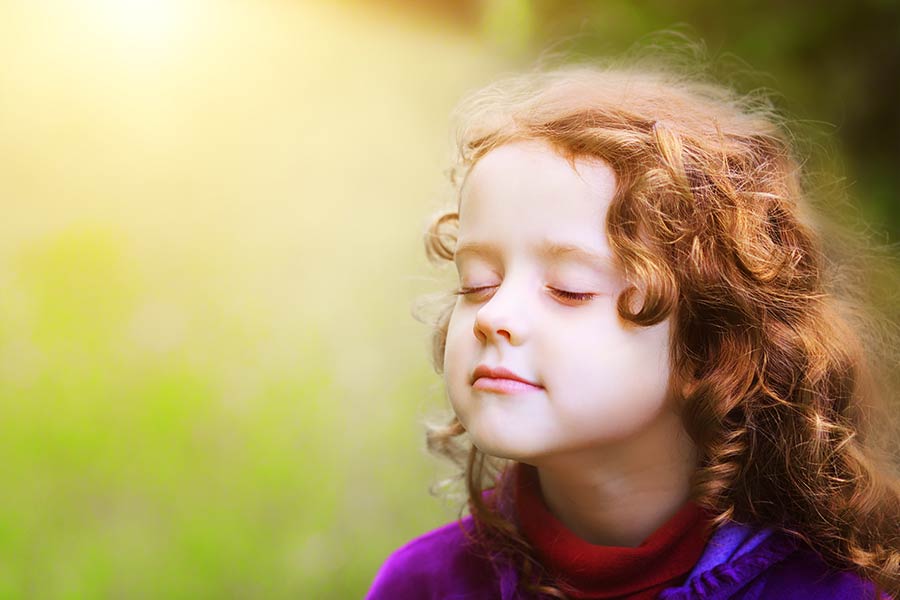 Laryngomalacia is the most common cause of noisy breathing in infancy, covering 65 percent of cases. Doctors do not know specifically what causes laryngomalacia. It is simply due to the larynx (voice box) being too soft or pliable, or due to the presence of excess or redundant tissue around the vocal cords. When breathing in, the upper portion of the larynx and epiglottis can be pulled into the airway, which causes a characteristic high-pitched noise referred to as stridor. The diagnosis can be made during an office examination, which may include a flexible laryngoscopy. In this procedure a small flexible endoscope is placed through the baby's nose to view the larynx.

Fortunately, most children do not have any significant problems with laryngomalacia, other than the noisy breathing that occurs, especially when the child is upset or while feeding. It usually presents early in infancy and resolves by 18-24 months of age. Laryngomalacia is commonly associated with reflux. Usually by treating reflux alone, laryngomalacia improves. In more severe cases where the infant has apnea (stops breathing), cyanosis (turns blue) or fails to grow due to feeding problems, surgery may be needed. Although this is infrequent, our CEENTA doctors are specially trained in this minimally-invasive surgical technique to give patients optimal outcomes. Other than observation, your child may be put on anti-reflux medications to prevent irritation to the upper airway and throat.

Certainly, if you have any concerns regarding your child's breathing or his/her symptoms worsen, please do not hesitate to contact your child’s pediatrician or pediatric ENT doctors here at CEENTA.

Vocal fold paralysis counts for 20 percent of stridor cases. Vocal fold paralysis is when the vocal folds stop moving after the nerves that operate the larynx are damaged. This can happen on one or both sides of the vocal folds. Symptoms include stridor, a weak voice, difficulty feeding, and aspiration. There are a number of causes, including neurological disorders, injury from heart surgery, and birth trauma. A vocal fold paralysis diagnosis can be made during an office examination, which may include a flexible laryngoscopy. A laryngeal electromyography may be used to evaluate the condition of the vocal cord muscles and see if there is a healthy nerve signal. An MRI may also be used if a cause cannot be determined.

In many cases of one-sided, or unilateral, paralysis, your child may not need immediate treatment. Some children show improvement over time, while some see their other vocal fold compensate. If that is not sufficient, treatment may be needed. This may include short-term interventions like vocal cord injections, or surgical procedures like laryngeal implants or nerve grafts.

With multi-sided, or bilateral, paralysis, surgery is almost always performed due to the vocal folds potentially blocking the child’s airway. This usually involves a tracheotomy.

The airway is an important part of the respiratory system. However, it can become narrow or obstructed through either a congenital condition or acquired one, like an injury or illness. This condition is known as stenosis, and covers 10 percent of cases. Symptoms include unusual breathing sounds, wheezing, hoarseness, and shortness of breath. This condition primarily affects children, but can also affect adults.

Your child’s airway is still growing and is less developed than an adult’s. Their tongues are larger, their tracheas are shorter, their larynxes are shaped differently, and their lungs can hold less air. Therefore, pediatric airways need different care than adult airways. When treating your children, CEENTA’s pediatric ENT doctors will do a complete evaluation of their airway, pulmonary system, and upper digestive tracts to determine the best possible treatment for your child.

Stenosis can be treated in one of two ways. The first is surgery. Open-airway surgery involves making an incision in the neck. Surgical treatment is done as either single-stage or double-stage reconstruction. During single-stage reconstruction, the surgeon would insert cartilage grafts into the trachea. A temporary tube would be inserted to support the cartilage grafts. Some children may have received a tracheotomy in a previous treatment. If so, the tracheotomy tube would be removed during the stenosis treatment.

During double-stage reconstruction, the surgeon would perform the same graft insertion. However, the tracheotomy tube would remain in place or a stent would be inserted, to be removed four to six weeks later.

Some cases of stenosis may require a more conservative surgical approach if the patient has additional medical complications. Additionally, other surgeries like an adenoidectomy or tonsillectomy may be performed before an airway reconstruction.

In many cases, a minimally-invasive endoscopic approach may be used to treat stenosis. This involves inserting a rod with a light and camera, as well as surgical instruments, through the mouth and into the airway without any external incisions. Sometimes lasers or balloons are all that is needed for treatment.

Recovery times vary depending on the child’s age, medical history, and which type of treatment they received. Sometimes a breathing machine is needed for a period of time after surgery. Speech therapy may be needed to help with any voice or swallowing problems.

CEENTA’s doctors will diagnose a subglottic hemangioma first by giving the child a flexible laryngoscopy in the office. They will then confirm it with a microlaryngoscopy and bronchoscopy in the operating room. These are examinations of a child’s vocal cords using small cameras.

Subglottic hemangiomas are treated in a number of different ways. A common treatment is to use a drug called propanolol, which causes the capillaries to constrict and the hemangioma to shrink. Other treatments include lasers, steroids, and surgery. In rare cases tracheotomies are used to bypass the hemangioma altogether.

Pediatric Airway Issues and ConditionsWhen your child’s airway is narrowed due to obstructed airflow, they might breathe noisily. This is called stridor. Stridor is not a condition itself, but is a symptom of one of several airway disorders. The four most common causes of stridor are laryngomalacia, vocal fold paralysis, subglottic stenosis, and subglottic hemangioma. While there are other causes, these cover the vast majority of cases in which stridor is a symptom.
This website is optimized for more recent web browsers. Please consider these upgrade options: IE10+(