Styes and chalazions are both lumps in or along the edge of the eyelid.

What is a stye? 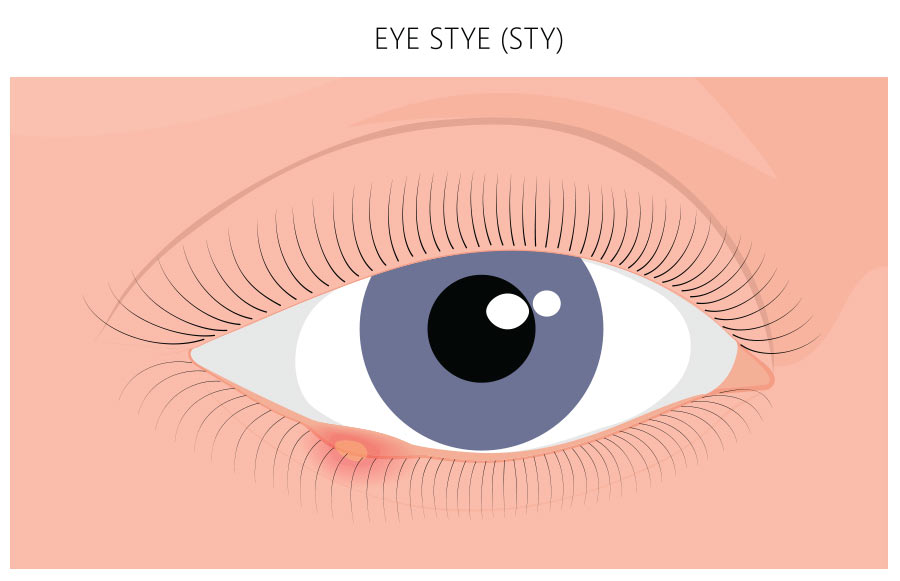 A stye is a small, visible bump on the edge of the eyelid. They can be caused be an overgrowth of bacteria, a blocked gland, or poor hygiene. It can also be associated with allergies. A stye is an active infection. They can form on the inside or outside of your eyelid, and can make the entire eyelid swell. Sometimes it feels like something is in the eye and can cause irritation. They can sometimes cause light sensitivity, tearing, or crustiness along the edge of the eyelid.

How long does a stye last?

A stye usually lasts for two to five days, but can remain for up to ten days.

What is a chalazion?

Chalazions often appear at the edge of the eyelid, farther back on the eyelid than styes. The entire eyelid rarely swells and they are usually not painful. If it is large enough, it can press on the eyeball and cause blurry vision. They are usually caused by a clogged oil gland. Chalazions, however, are not active infections. A chalazion usually manifests itself as a bump on the eyelid.

You are more likely to develop a stye or chalazion if you have blepharitis, certain skin conditions, diabetes, or a history of them.

How long does a chalazion last?

Usually, a chalazion will disappear without treatment after a few weeks to a month.

How do you treat them?

If a stye or chalazion does not resolve on its own, apply warm compresses to the site four or five times a day. Cleaning the area may also help. An over-the-counter eyelid scrub or foam once a day can clean the area and decrease the amount of bacteria there. Gently massaging the eyelid may also open the gland.

Avoid wearing contact lenses or makeup, and do not apply lotions to your skin.

If they don’t go away on its own or it gets worse, medical treatment may be needed. In some cases, the doctor may prescribe an antibiotic or steroid. In other cases, they may have to make an incision or lance them in order to drain them.

It is not recommended that patients lance them themselves with needles, as that can lead to infection.

*All information courtesy of the American Academy of Ophthalmology