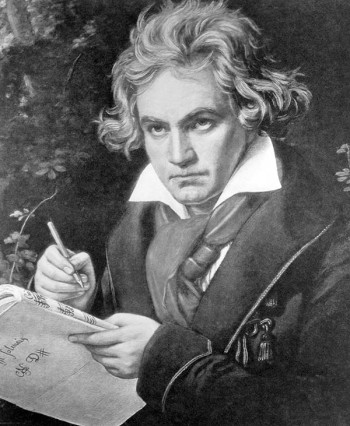 Ludwig van Beethoven is considered one of the greatest musical composers of all time. What you might not know, though, is that for a large portion of his life, Beethoven was deaf.

What caused Beethoven to lose his hearing?

A musical prodigy, Beethoven released his first composition in 1778, when he was not quite 8 years old. For the next two decades, he released a number of symphonies and other musical compositions. When he was 27, though, he began to note difficulty hearing high-pitched sounds and complained of hearing a buzzing in his ears, also known as tinnitus.

Over the years, Beethoven’s hearing declined until he was completely deaf sometime around 1814, when he was 44 years old.

Unfortunately, there is no conclusive proof as to what caused Beethoven’s deafness. Sometimes he claimed it was caused when he was interrupted while working and fell over in a fit of rage. When he stood up, he said, he was deaf. Other times, he blamed gastrointestinal distress. His autopsy stated that his auditory nerves were shrunken and his inner ear had developed lesions. It’s likely that his issues were caused by an autoimmune disorder, typhus, or even his habit of dunking his head in cold water to stay awake.

Beethoven tried a number of treatments to regain his hearing. Some of them involved using ear horns or other hearing instruments of the time. A number were less orthodox, though, such as bathing in the Danube River or strapping wet bark to his upper arms. Suffice it to say, they were unsuccessful.

How did Beethoven compose when he was deaf?

What makes Beethoven all the more remarkable is that he was able to continue composing even after his hearing started to go. Fortunately for him, his hearing loss was gradual, not sudden. This meant that he could still hear some music for years after he started to go deaf. When he became unable to hear higher-frequency sounds, he would use primarily lower notes. “Moonlight Sonata” is a good example of a piece of music from this period.

Beethoven is also known to have composed by feeling the vibrations from his piano. He knew he had the right note when he felt the correct vibration. Also, he had so much experience composing that he could remember a great deal about which notes from which instruments sounded best together.

Beethoven left a remarkable body of work behind when he died, which was all the more notable because of the hearing challenges he had to overcome. At CEENTA, we want everyone, no matter what their musical capabilities are, to hear as clearly as they can. CEENTA’s audiologists and ENT doctors can test your ears and find hearing treatment that best suits your needs. With hearing aids that contain the latest technology, you’ll be able to hear all of Beethoven’s music as clearly as if you were standing next to him while he composed.

This blog is for informational purposes only. For specific medical questions, please consult your doctor. CEENTA has hearing services throughout North and South Carolina. To make an appointment, call 704-295-3000. You can also request an appointment online or through myCEENTAchart. 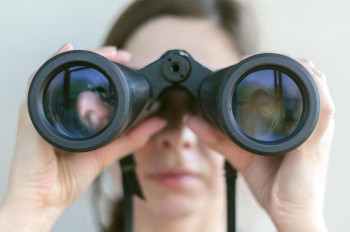 The devices that help us see far away. 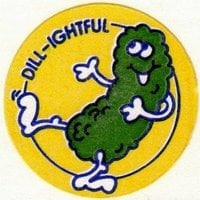 ​How do scratch-and-sniff stickers work?

The science behind the smells. 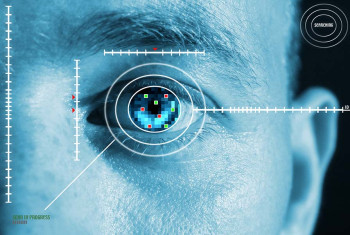 ​How do iris scanners work?

Another way to scan your eyes.