Not only is CEENTA on the forefront of researching new medical treatment techniques, but it is also dedicated to training physicians to properly treat patients with them.

On Tuesday, Dec. 13, 32 ear, nose, and throat physicians – including 22 from CEENTA – from several eastern states gathered at CEENTA’s SouthPark office to take part in hands-on cadaver training in balloon sinuplasty and use of the AERA Eustachian Tube Balloon Dilation System.

The FDA requires every physician who wants to perform these procedures on live patients first do them on cadavers, said Darin Bergstein, an ENT Consultant for Acclarent, the company who designed the AERA system and sponsored the training.

Cadaver training is important because it gives physicians a safe environment to learn new procedures by not placing patients at any increased risk, CEENTA Otolaryngologist Jonathan Moss, MD, said. It also provides a setting where those more experienced with the procedure can share scenarios that may arise during the procedure and how to avoid and treat them.

Balloon sinuplasty is a minimally-invasive treatment for patients with chronic sinusitis. A small, flexible catheter is inserted through the nose into the blocked sinus cavity and is then inflated to stretch, restructure, and open the sinus passage, allowing it to drain normally.

The AERA device is the first balloon device used to treat persistent Eustachian Tube Dysfunction in the United States. Eustachian Tube Dysfunction, or ETD, is when the normal function of the Eustachian tube is impaired, leading to pressure, pain, impaired hearing, persistent ear infections, tinnitus or other symptoms. With the balloon dilation system, a doctor uses a catheter to insert a small balloon through the patient’s nose and into the Eustachian tube. Once inflated, the balloon opens up a pathway for mucus and air to flow through the tube.

The training began with an hour-long presentation about the AERA device from an Acclarent representative. This covered the design of the product, its features and benefits, how the procedure is done, and a full description of the clinical trial that led to its approval.

After the lecture the physicians moved to a laboratory setting, where they performed the procedure on cadaver heads. The heads were set up exactly the way patients would be positioned in the operating room, Dr. Moss said. This included draping, instruments, video towers, and the new device. Surgeons were then able to get a true feel for the procedure and could try different approaches and techniques.

Once the physicians passed this training session, they could start performing the technique in clinical sessions on live patients, Mr. Bergstein said.

Acclarent has hosted three or four of these training sessions a month since September, Mr. Bergstein said. However, most of those have been in academic centers, so it was nice to have this training outside of a large medical center. This was the only session held by a private group.

CEENTA’s role as a key researcher in the Eustachian tube dilation system unquestionably put it in a better position to be a training facility, Dr. Moss said.

And with that training, a large number of CEENTA Otolaryngologists are trained and ready to offer these exciting treatments to patients throughout the Charlotte region.

If you think you may have chronic sinusitis or Eustachian Tube Dysfunction, call 704-295-3000 to make an appointment with an Otolaryngologist. 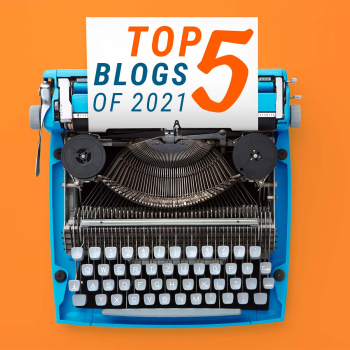 From eustachian tube balloon dilation to award-winning doctors, find out what made the Top Five list at CEENTA. 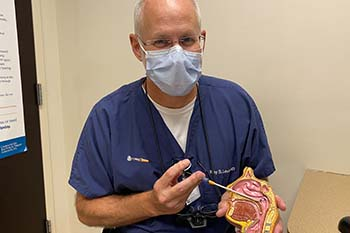 Dealing with ear pain or muffled hearing? Eustachian tube surgery or eustachian tube balloon dilation could be the right treatments you need to feel better.