​What are kissing tonsils? You notice your child’s tonsils seems abnormally large. In fact, they seem to be touching. Is your child sick, or do they have something called “kissing tonsils?”

Tonsils are lymphoid tissue located in the back of the mouth, behind and above the tongue. They are part of the immune system, but their role is limited. Removal is considered when they are excessively enlarged and causing sleep apnea or difficulty swallowing. They are also removed when they are frequently infected.

When are they considered kissing tonsils?

Children often have large tonsils. Sometimes they’re so large they touch or overlap. These are called kissing tonsils.

Why are my child’s tonsils so large?

Tonsils naturally get larger as they fight off illness, but doctors aren’t entirely sure what causes chronically enlarged tonsils.Chronic infection, allergies, air pollution and secondhand smoke could be factors, though.

Is my child sick if they have kissing tonsils?

Many parents worry that their child has tonsillitis if they have kissing tonsils, but enlarged tonsils aren’t always infected. Infected tonsils are usually red, not pink. They are also painful and have white patches or drainage.

However, even if they aren’t infected, kissing tonsils might still cause difficulty breathing, noisy breathing, snoring, or restless sleep. As a result, your child may also wet the bed, may develop behavioral changes such as ADHD, or perform poorly in school.

Should my child have kissing tonsils removed? 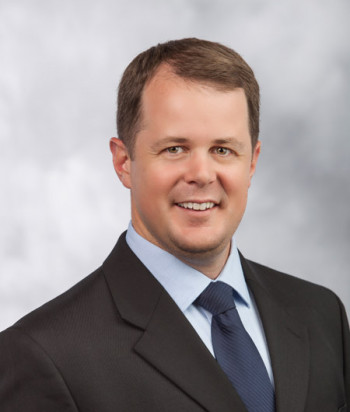 If your child has enlarged tonsils and is snoring, has restless sleep, has behavioral problems such as ADHD, or is pausing or gasping for air at night, they may have sleep apnea. A tonsillectomy may improve or cure these symptoms, CEENTA ENT doctor Nicholas Stowell, MD, said. A consultation with your child’s doctor will help determine if they need their tonsils removed.

This blog is for informational purposes only. For specific medical questions, please consult your physician. Dr. Stowell practices in our Concord office. To make an appointment with him or any of CEENTA’s ENT doctors, call 704-295-3000. You can also schedule an appointment online or through myCEENTAchart. Struggling to Sleep in the Summer? Here's What to Do

Struggling to sleep in the summer? Find out how you can rest with these summer sleeping tips. Your sleep could be affected by something as simple as a stuffy nose? If you have any of these conditions, you may be facing nasal congestion. Should My Tonsils Be Removed?

Are you or your child constantly dealing with sore tonsils? Find out common symptoms of tonsil infections and how a tonsillectomy could help.

Hello, my 3 year old has kissing tonsils but the only impact she has had is restless nights its not all the time. For that reason, I'm thinking about not doing the surgery. My question is, can it stop her breathing airway? What are the cons to not having the surgery while having them? Thank you
- - Ascencion

Good morning. Our doctors recommend a sleep study. This is the only definitive way to tell if a child has sleep apnea. If your child does have sleep apnea, surgery would be recommended.
Reply From: CEENTA

Hi! I'am a 15 year old boy, I have kissing tonsils too. Is there anyway I can do to aid my tonsils instead of surgery? Anyway, I'm from Philippines.
- Kenjie

Good morning. You would need to discuss this with your doctor, since we cannot diagnose individual cases over the Internet. Thank you.
Reply From: CEENTA

I’ve recently been diagnosed by kissing tonsils as a 35 year old male. I was given steroids which helped a whole for the first day. After the second day - the left tonsil was still enlarged while the right was slowly going back to normal sizes. Do I need more steroids? Are they contagious - I was told it’s viral? I was not prescribed any antibiotics?
- Tom

Good morning. Unfortunately, we cannot diagnose individual cases over the Internet. We recommend making a follow-up appointment with your doctor. You can make an appointment at CEENTA by calling 704-295-3000.
Reply From: CEENTA